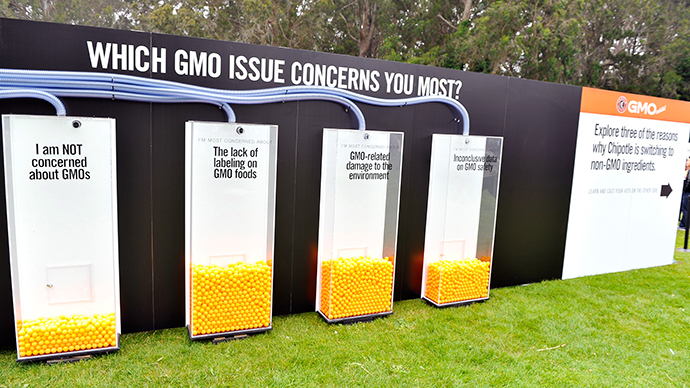 Supporters for the labeling of genetically-modified organisms (GMOs) in Colorado delivered a petition on Monday with about twice the number of signatures required for a ballot initiative to appear before voters in November.

Right to Know Colorado, the group backing the labeling effort, collected more than 170,000 signatures on the petition, according to the KDVR. A petition in Colorado is required to have 86,105 valid signatures from registered state voters for ballot initiative approval. The ballot initiative would allow voters to decide on the explicit labeling of any product containing genetically-engineered ingredients sold in the state.

The Colorado Secretary of State’s office now has 30 days to verify the signatures. “We start off with a 5 percent random sample with each of them. If with that sample we find out they qualify, then we will qualify them. If not, we have to go hand by hand through each of them,” Richard Coolidge, spokesman for the secretary of state’s office, said.

Right to Know Colorado delivered the signatures at the state capitol on Mondayas part of a “parade,” with live music and participation from local natural grocers and farmers.

“It was actually fantastic,” Larry Cooper, a petition organizer, told the Denver Post of Monday’s events. “We had over 500 people collect signatures throughout the state. We had signatures from every county in the state. I think it was a great movement.”

According to the US Department of Agriculture, in 2013, GMO crops were planted on about 169 million acres of land in the US — or about half of all farmland from coast to coast.

“HT crops are able to tolerate certain highly effective herbicides, such as glyphosate, allowing adopters of these varieties to control pervasive weeds more effectively,” reads an excerpt from a recent USDA report.

As those weed-killers are dumped into more and more fields containing HT crops, however, USDA experts say it could have a major, as yet uncertain impact on the environment.

Supporters of GMOs say adverse effects of food products which come from the manipulation of an organism’s genetic material are unproven at this point.

Yet science is also inconclusive on whether genetically engineered products cannot cause long-term harm to human and environmental health. At least, that is the consensus held by the several dozen countries which have banned or severely restricted their use worldwide.

Polling suggests over 90 percent of Americans would prefer GMO ingredients in consumables to be labeled to some extent. Dozens of states have considered GMO labeling laws on some level, as there is no federal labeling standard.

“Right now there’s not a family in the country that isn’t impacted by diabetes or autism or allergies or cancer. People are having a food awakening and they want to know what’s in their food,” said Robyn O’Brien of the Allergy Kids Foundation, according to KDVR.

Vermont recently passed legislation making the state the first to require GMO labels on its food. That regulation is expected to go into effect in July 2016, though the law is already the target of legal challenges from opponents.

In other states, initial polling support for labeling cratered under what was reported to be heavy spending by the likes of DuPont and Monsanto. Both California and Washington state considered labels in recent years but the proposals ultimately failed after millions of dollars of corporate spending entered the equation.

Meanwhile, Republican Rep. Mike Pompeo (Kan.) has introduced a bill in Congress that would prohibit all states from implementing their own labeling laws, on the grounds that having each state create its own rules would result in “a patchwork” of requirements “that makes it enormously difficult to operate a food system.”